Please tell me about you self and what you do.
I was born in Rochester, Minnesota, at age 6 weeks moved to Silver Spring, Maryland, and at age 8 moved to Evergreen, Colorado. I’ve been in New York for the past decade. I run a theater company called Lesser America, and also produce theater, film, and web content on a freelance basis. I’m also an actor. I perform all over the place, primarily on stage but also on film and online and pretty much any medium that’s available to me.

How did you get to where you are today? What has been career path?
I guess like any life story, especially in the arts, I landed where I am as a result of hard work and opportunity. There were a lot of surprises along the way. I never planned to be a producer. It kind of…just kept happening. I would take on internships or little projects for friends that I did for the “learning experience”, and what I learned is that I’m a producer. I think I resisted calling myself by the official title for a long time because there’s a bit of a negative stigma associated with the word. I also probably assumed that becoming  a producer meant giving up acting. On the contrary, my work as a producer has enhanced my acting career tremendously, not just given the  projects I’ve produced that included my own work as an actor, but also just working in a community in various capacities and increasing your currency, your ultimately opening up opportunities for yourself via various outlets. I went through a pretty severe dry spell a couple years out of college when I was working too many day jobs and didn’t have the time, energy, or resources to pound the pavement the way young actors absolutely must to gain any traction. I had also suffered a pretty defeating professional disappointment when a charity I was trying to launch fell to pieces. A friend approached me and asked if I would produce a series of short plays with him, that we would also act in. The success of that project marked a moment that reinvigorated the momentum in my acting career tremendously. 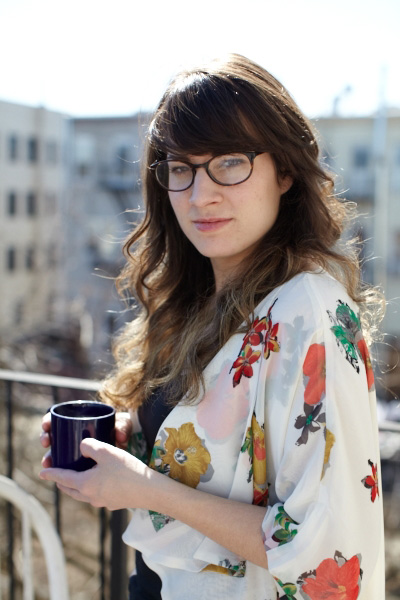 How did you learn to do what you do?
I learn how to do what I do every day. I relearn and fail and learn all the time. At least I hope I do. Here’s an anecdote that applies to some of the greater lessons I have learned in my career thus far:

My final year in college, I was assigned to write a piece about a group that inspired me, and I chose the LAByrinth Theater Company. I don’t even know if I had seen their work yet, but heard they were pretty hip and cool and I knew I loved the work of several of their members. I had also recently run a light board for a director at my acting studio, who was in the midst of directing a show for LAByrinth. I interviewed that director, and did research on the company, and was feeling pretty proud of myself for getting an insider interview with someone working so closely with the company. My teacher, who knew Philip Seymour Hoffman was one of their artistic directors, and local, pushed me to try and get an interview with him. I thought that was an absolutely ridiculous suggestion and how in hell would I work something like that out. I pretty much lied to my professor when I told her I’d try. Sitting in on one of the rehearsals that the director friend snuck me into, I sat just two rows behind Phil Hoffman, and was immediately filled with that horrible, gut-wrenching pressure you feel when you know you have to do something you’re terrified of. I didn’t want to interrupt rehearsal, and thought there might not be any good opportunity to approach him without being full out rude, so when he snuck out for a cigarette I did my best to follow him…nonchalantly. I had heard people call him “Phil” so I went up to him outside the theater, while he was smoking alone, and said – “Phil!” You know, like I knew the guy. I introduced myself, said I went to NYU (where he did also) and asked if I could interview him about LAByrinth for a piece I was working on at NYU. He said yes. And the next day, over a burger that Phil ate in front of me (I ate nothing, because I guess I thought that was the polite thing to do) asked him what was probably a series of mediocre questions about LAByrinth, his work, directing, acting, etc. I have the conversation recorded, but could only tell you a select two or three things that he said to me.

I went on to intern for LAByrinth, and work personally with Phil in a number of capacities, most notably assisting with the script of Jack Goes Boating, a play he starred in at the Public and went on to direct on film. I guess that taught me about having the courage to go after your goals, using friends and connections to help you achieve those goals, doing your homework…but mostly I guess I learned that generally people are nicer than you might expect them to be, and it never hurts to ask for help as long as you can do so respectfully. It also showed me that while you may have a certain immediate goal in your sights, you never know the momentum or opportunities that a single interaction or relationship can generate. 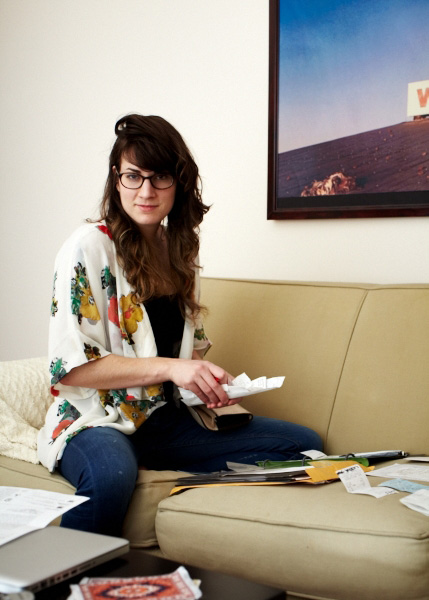 Is your personal style different from your professional style?
The more I think about it, I guess not. I believe in a high level of professionalism (meaning organization, efficiency, efficacy of communication, etc) but I do find that using a personal touch and letting your inner weirdo shine through even in the most professional of interactions only attracts a positive response. I try not to drop f bombs when I’m sending a cold solicitation email or invite, but I try not to stay too buttoned up either. That’s a lesson I’m still learning, and a personal/professional voice I’m constantly shaping. It took me a long time to accept that being good at things didn’t always mean being traditionally “professional”, ie formal. It’s certainly something to know as a performer in any rehearsal, performance or audition scenario, and definitely bleeds into my work as a producer as well.

Who inspires you?
Everyone inspires me. Literally everyone. Every thing. Whether I’m learning from someone else’s mistake or observing a method I’ve never tried I use it as fuel for the endless uphill climb that life is. I attempt to stay present and take all of it and move forward, whatever forward metaphorically means. Sorry for the lack of specifics. You inspire me.

How do you define success, and what has helped you to become successful?
I define success for myself as the ability to create and participate in the work I would want to see. That’s a tall order. A lot of actors are making buckets of money doing ads for burgers, but aren’t artistically gratified. I also love that I can still live in the volatile, spontaneous world of acting but return home to my theater company to give myself a sense of stability, how real it may or may not be.

I also think success is dependent on gratitude, otherwise you’ll live your whole life chasing an imaginary carrot, regardless of accolades or financial rewards. I have big goals that I’m super impatient to achieve, but I guess I feel successful because I am so grateful to be where I am.