Please tell me about yourself, who you are and where you’re from.
I grew up in a creative household just outside of NYC. My father was an inventor and my mom designed clothes and made elaborate meals. As a teenager I made money by performing magic at kids birthday parties and once handcuffed a rowdy 5-year old to a chair to keep him quiet. After leaving home, I attended Pratt Institute where I learned how to draw naked people and bowls of fruit. But most importantly, it was in art school that I learned the joy of solving problems creatively.

My favorite things are:

Playing golf.
Finding a great hamburger.
Staring at my wife and daughter while they are sleeping. But not in a creepy way.

As the Cheif Creative Officer of Mister Face, what does your job entail?
I spend my day finding brilliant solutions for brands, writing those solutions down on a piece of paper, and then misplacing the piece of paper. I oversee a talented staff of comedy writers and advertising creatives.

How do you describe yourself as an artist and the kind of work you do?
I spent over ten terrifying years performing improv comedy in NYC. Getting in front of a live audience taught me a lot about creating ideas quickly, keeping people’s attention, and working hard to not get booed off stage. The same rules apply to advertising.

What other creative things are you doing?
I use my creativity everyday as a parent of a four-year old. It is fascinating to watch someone learn and process the basic things in life. Recently she received a Reese’s Peanut Butter Cup and asked me what it was. I told her it was a broccoli-flavored snack. Just kidding. She ate it and her head exploded.

Right now I am also developing two television shows. Ironically, they are not comedies. One is about food and one is about home remodeling. Seriously. No seriously. 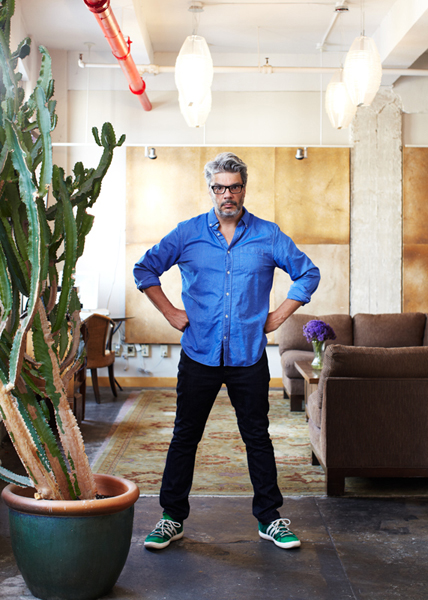 How did you get to where you are today? What was your path?
Half of my career was spent at ad agencies. Half was spent writing, producing and performing comedy for television.

Did you have aha moment when you realized what you wanted to do?
There was a definite “aha moment.” The day I realized that I did not have to choose between advertising and comedy. But rather combine them. That is the foundation of my company Mister Face. We combine marketing and entertainment to create highly engaging content for brands. That is my elevator pitch.

How did you learn to do what you do?
My first boss in advertising was Neil Drossman, a legendary award-winning copywriter.  I was terrified of him. He was famous and smart and tall and could still write ads after drinking three or four Sapporo Beers.  One day, Neil had a huge fight with his partner and asked me to step in and work on some print ads. That’s when I saw the real process of copywriting for the first time. Neil taught me that if you had fun writing ads, the audience would probably have fun reading them.

What is one of your favorite projects that you’ve worked on?
One of my favorite projects was a campaign we developed with CBS Radio for FIAT. It was called Alternate Routes and featured 20 of the top storytellers in the country telling their best stories. One story was about the first time a guy went skydiving; one was about a guy being stabbed eighteen times by a gang of thugs on a NYC street. Some stories were shocking, some were hilarious, all of them were mesmerizing. My friend Jim Beiderman (Kids In The Hall, Michael and Michael Have Issues) filmed the performances at venues in New York and Los Angeles and we turned the content into web videos and highly engaging two-minute radio spots – which were recognized for their innovation at the industry’s top awards show. You can hear them here: www.misterfaceny.com/work.

What are you currently working on?
TV commercials for cigarettes… for children. For real, right now we are working on a pro-bono project for New York Restoration Project, a non-profit headed by Bette Midler. NYRP restores parks and gardens and is leading the charge to plant one million new trees in NYC. They are up to 700,000. Yay trees! 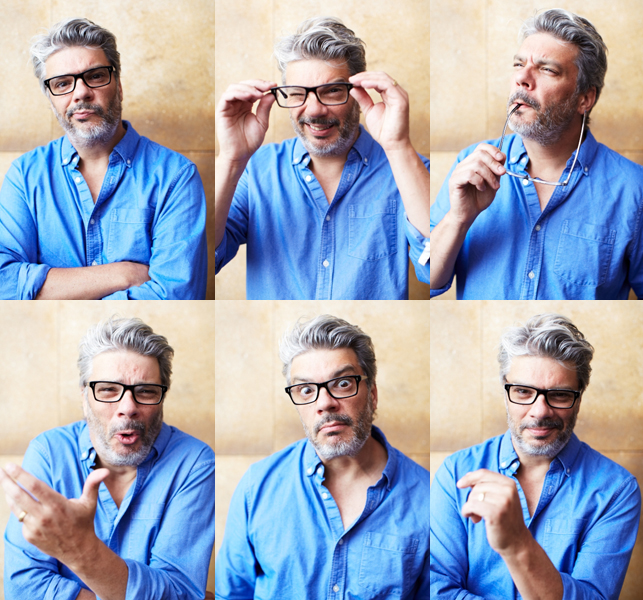 Describe your style.
If you’re asking about clothes, I generally dress like every other creative director in the room: Williamsburg meets “I Better Dress Up A Little Just In Case a Client Comes In.”

What do you love about the work you do?
I love problem solving and puzzles. You are given a bunch of stuff and you have to find the best solution. It’s why I am obsessed with Scrabble.

Tell me about the importance of humor in your work.
I think it’s simple. Humor is the quickest way to get someone to pay attention and feel something. It is also memorable and sharable. We’ve used humor in ads for things that are not necessarily humorous, like foreclosure and disaster relief, because it works.

Anything unexpected about the work you do, or something you didn’t know before you started on this path?
When you leave college and start working, you don’t really see the connection between what you are doing at your little desk and how it is keeping the lights on. It’s easy to feel complacent at a big company with lots of people walking around, and free coffee, and unlimited free pens. When you run your own shop, you feel a ton of responsibility. But that’s a good thing. It makes you care more about your work and less likely to present a half-assed idea. You think things through. I make the analogy to owning a small dry cleaning shop. If we all looked at our jobs in the same way that an owner of a small business on Main Street does, we would all work extra hard to get and keep business. Plus we would have nicely pressed pants.

What inspires you?
Pompous answer: I am inspired by all I see around me.
Real answer: The smart, funny people I work with.

What is one of your earliest comedic or acting memories?
I remember performing magic in my sixth grade talent show. I was doing well until one of my tricks, The Magic Zombie Ball, went horribly wrong. The secret wire, that basis for the Zombie’s mind-boggling effect, became exposed. I ran off stage humiliated. Afterwards, students came up to me asking how I did such an incredible trick. The moral: People will lie to you to make you feel better. 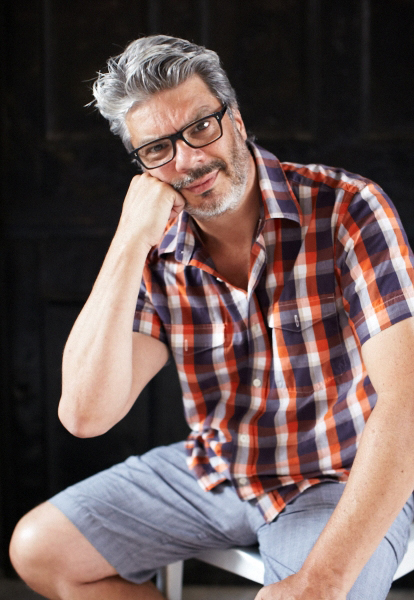 Is there someone you’ve always wanted to collaborate with, a dream client or dream assignment?
I am a huge John Cleese fan and always wanted to meet him. A few years back, I spent an entire day recording his voice for a European GPS system. “Take the next exit you stupid person!” He improvised half the dialogue and I was in awe. That dream has been fulfilled.

Any interesting stories about the work you’ve done or an experience you’ve had?
The first time I got a massage was in Italy. Confused by the whole process, I placed the paper underwear I was given on my face, thinking it was a mask. The masseuse reentered the room to find me naked from the waist down and wearing underwear on my face. Ciao!

What is the best advice you’ve ever received?
Always assume that anything you send to someone – ad concepts, email messages, etc. – are being read quickly and without much interest. So keep your message simple and clear and exciting. It will make the disinterested people energized about your ideas and the people who are paying attention, like them more. Win-win-win.

To learn more about Tony Mennuto and Mister Face, go to www.misterfaceny.com.