Tell me a little bit about yourself, who you are, and where you are from.
Josh: I grew up just across the border from Canada in Rochester, NY, home of what once was Kodak. There was always a strong tradition of photography there, which still holds over me.

I had a pretty normal upbringing. The area I grew up in was pretty rural, not much to do, so my brothers and I spent a lot of time outdoors using our imaginations, building snow forts and playing sports. My dad got a hi8 video camera when I was about twelve and we started making movies. Everything was filmed in a chronologic sequence since we didn’t have access to any editing hardware or software. We would do all the editing in camera by filming then rewinding to where the edit point would be and then recording the new scene. The first special effect I ever did was a shot that made it look like I threw my brother off the roof. We filmed a fight scene on the roof in a medium shot, then cut to a wide where I threw a stuffed dummy off the roof, then cut to a close up of my brother getting up off the ground. My mother got so angry…it was hysterical to us.

We took over the basement with art supplies, musical instruments, and costumes. I can’t count the number of hours we spent down there just making stuff. My parents were encouraging of us – we could pretty much do anything as long as we really put effort into it. One of my brothers became a professional musician.

Layne: I grew up in the suburbs of LI, went to art school in FL, kicked it in the ATL for years, and now call Dumbo, Bk my home. Growing up so close to Manhattan, my parents very frequently took me to museums and Broadway; where I gained a lifelong passion for the arts. At the same time, I also became a huge sci-fi fantasy fan. From the earliest I can remember, I read about one sci-fi book a week- something I continue to do today.

How do you describe kind of work you do and your vision for founding Fake Love?
Josh: We combine Art + Technology to create innovative installations that engage people on the emotional level.

We had a shared passion for the arts and desire to push what interactive experiences could be. There wasn’t a place creating the kind of work we talked about and had a real desire to create, so we just started creating it.

How did you get to where you are today? What has been your career path?
Layne: I have always had an unrealistically strong passion for all types of design. Throughout my career I have worked professionally in interactive, product prototyping, experimental print, triple-A console gaming and 2d/3D motion graphics. When I got bored with one type of design career, I just moved on to another one; so, I have had to almost start over a few times. Josh and I started Fake Love to be able to design whatever we felt like, so you could say everything I did before, led to it.

Josh: My background (Undergrad and Grad School) was a combination of Fine Art and Interactive Projection Installations. When I finished school back in the early 00’s there wasn’t the kind of experiential opportunities that exist today, so I went into commercial production as a Motion Designer (3D, After Effects, Etc). When I started out I tried to copy what I saw as successful. It was complex and really frustrating because as great as I could make it, it was still just a version of something else I saw. It was kind of like going to a museum and drawing the paintings you see. You become incredibly technically skilled, but as great as you make it, its still a copy. At a certain point I was frustrated, had enough, and decided I was just going to do what made sense to me. That was probably the single most relieving and freeing professional decision I ever made. Suddenly everything opened up. The work flowed easily and I was getting hired to do the kind of work I did as opposed to making something look like some reference boards.

I’ve stayed really true to that ethos. Moved from Motion Designer to Director, CD, etc…directed music videos, commercials, and shorts. Then a friend of mine was dj’ing at Lollapalooza and asked if I wanted to VJ for him, which led me back to my original interests of interactive projections and installations. From there I continued to create interactive, generative performance pieces, which eventually translated over to commercial experiential production with Fake Love. 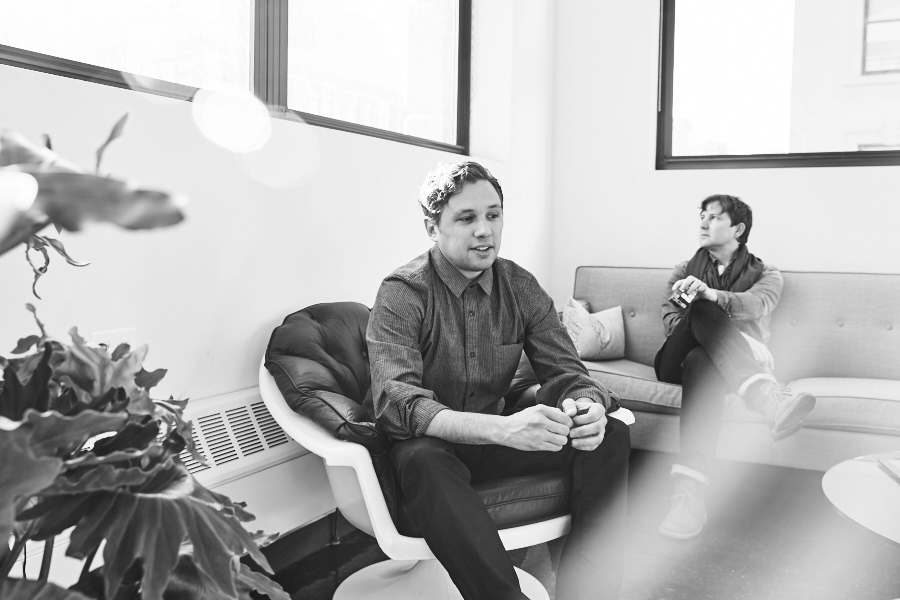 What are a few of  your favorite projects you’ve worked on and why?
Josh: Different projects for different reasons, but what they all have in common is seeing people engage and share an experience. Watching someone derive enjoyment from something you made up in your head then willed into fruition…there’s a kind of magic to it.

How do you make great ideas happen?
Josh: Just work at it. I used to think that it was coincidence. I happened to see a certain show, read something, or had a particular experience and then, suddenly, would have this opportunity that related to how/what I was thinking. Then I realized that I was putting myself in places to be inspired, informed, and thinking. You take these things, start putting them forward, and eventually it starts to shape your work.

Think about it until you’re stuck then put it away and forget about it. It’ll come to you. Deadlines help. Also, don’t be afraid to just utterly and completely fail. I would rather miss by a mile than just by a sliver.

Layne: By keeping it simple. All my best ideas are something I can explain in one minute or less. The complicated ideas I try to create almost never happen. I try to concept by this ideal from Kerouac & Ginsberg, “First Thought, Best Thought”. 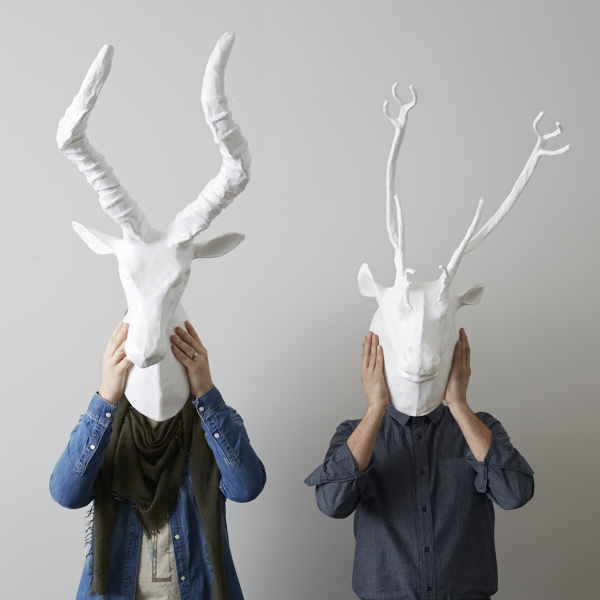 Do you have any routines or rituals? Something that gets the creative juices flowing?
Josh: If I’m stuck I look at the interwebs, distract myself, or get up and go out. Anything to try to clear the brain so I can come back fresh.

Layne: I have various rituals-

What advice would you give to someone interested in following in your path or starting their own agency?
Josh: Get a partner whose work you respect.

What is the best advice you’ve ever received in general, or about how to be more creative?
Layne: Don’t fear failure. If you haven’t had a spectacular failure multiple times, you aren’t creating anything, you are just following other creators.