Home/Architect/Guy Thornton | Architect and Principal at Guy Thornton Design, based in NYC and Denver
Previous Next

Guy Thornton – born and raised in Surrey, south of London.  Currently he splits his time between the  NYC area and Denver.
The son of an architect, his paternal grandfather was a sound recordist in the early days of the movies who worked with Alfred Hitchcock, David Niven and Ronald Reagan amongst others.

Please tell me where you work and your current job title.
I’m an Architect registered in the United Kingdom and State of Colorado and maintain a small design consultancy of which I am the Principal.  I am a member of the Royal Institute of British Architects.

I have over 30 years of diverse design experience that includes hospitality, restaurant, retail, adaptive reuse, historic renovation and residential projects.  My interest and abilities are focused towards the design aspects of the business.

Formed in 1993, the philosophy of this design firm is firmly rooted in the principle of creating value through original, innovative and quality design solutions that also encompass a high degree of practicality and budget sensitivity. This understanding of the value of design as an investment, coupled with a methodical and thorough working approach, forms an inherent part of the design strategy.

How did you figure out what you wanted to do?  Anything thing or anyone in particular that influenced your life, therefore gave you direction?
Although there was no parental pressure of any kind, the fact that my father was an architect undoubtedly influenced my career path.  I understood a great deal about architecture before I even formally trained, coloring plans and taking trips to construction sites with my father at an early age.  It was something that really interested me.  Architecture allows me to fulfill a number of passions…drawing, creativity, problem solving and shaping 3-dimensional experiences. 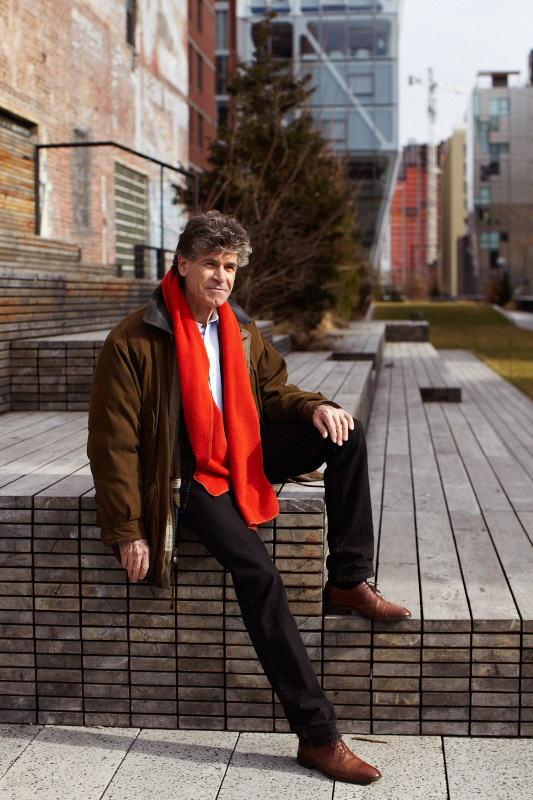 How did you learn to do what you do creatively?
There were 2 ways that I learned how to do what I do. Attending University and receiving formal architectural training was one. The second was intuitively finding my way with an inquisitive and creative mind to where I thought that I wanted to go. For the most part I think I’ve ended up where I hoped I would. I reassure myself that the grass is no greener on the other side of the fence but rather a different shade of green…I’m fairly content with my shade of green.

Where do you find inspiration?
Inspiration comes from several sources. I consider travel and visual exposure to new places and experiences to be a great source of inspiration…colors, shapes, forms and traditions that all vary across the globe. It’s not a case of copying something that I’ve seen but rather it creating my own interpretation of it. Project context is also inspiring in terms of surroundings as well as the actual design challenge itself.

You were photographed on the High Line. As an architect, please tell me why the High Line is meaningful to you.
The High Line reflects much of my own personal philosophy and style.  It is essentially a very simple idea, beautifully executed with a great deal of attention to detail that results in a profoundly memorable experience.

What was your role in the Gramercy Park Hotel in NYC?
This was a tremendously challenging project on many levels and being able to complete such a noteworthy assignment under such great pressure provided a great sense of accomplishment.  It was a complex task to be carried out at the highest level and furthermore I came to the project as an outsider having just relocated to the NYC area.  In my role as a Senior Associate for the Architect of record, my responsibilities involved coordinating and detailing all public areas of the hotel including the Rose and Jade Bars, the Hotel Lobby and exterior work.  Despite its difficulty, it was a thrill and I would say perhaps a highlight of my professional career.

Guy Thornton in the Rose Bar of the Gramercy Park Hotel.         All photos © Kristin Gladney

Any interesting stories about the work you’ve done or an experience you’ve had?
I was working for an architectural firm in London in the late 70s and the firm’s founder and one of my professors, George Grenfell-Baines was receiving a Knighthood from the Queen and there was an office cocktail party to celebrate. I was little more than an intern but ‘GG’ as he was known bounded over to me and asked where I was going for my summer holiday….I told him ‘America’. Fantastic he responded and said that he would connect me with some of his pals in the USA. People were astonished that he was talking a whippersnapper like me and I thought little more of it until a few days later when the receptionist informed me that ’Sir George is on the line for you’. He told me that he’d written to a number of his friends across the USA and that they were expecting to hear from me….’just call them on arrival’! That was the bedrock event that created my path to the USA, and I ended up being offered a job by one of them in Denver, Colorado. I remained good friends with GG up until his death and even collaborated with him on a major design competition in New Delhi.

Anything unexpected about your work as an architect?
That architecture is a relatively small part of what actually creates good buildings. Projects are influenced by many other faculties of design such as art, graphics, fashion, construction and perhaps above all by economics which was never mentioned during my training!

To get more information on Guy and see more of his work, please go to www.guythorntondesign.com