Please tell me about yourself and where you’re from.
I was born and raised in Dublin, Ireland – the sixth of eight children. I moved to the USA in 1984 to continue my musical career.

Where do you work and what does your job of a Producer/Engineer/Mixer entail?
As a freelancer I tend to work at a number of recording facilities in the NY area.  I choose each location based on the job criteria and budget, but once I finish all the recording I mix exclusively at a private mix room in Chelsea.

As a Producer I am responsible for all the aspects of making an album – choosing musicians, facilities, ensuring that the project is delivered within budget  but also that exceeds the artists and label’s musical expectations. It also helps if I deliver a project that is commercially successful.

As an Engineer I am entrusted with recording the musical performances in the studio. That can be either a large group at one time or literally building one musical element block by block. Within that I choose the microphones that capture the sound and I help shape the tonality of the record, often creating new sounds out of existing performances to inspire the musicians. I basically paint a soundstage with audio.

As a Mixer I take all the final master performances for each song and apply the final balance, tone control and spatial effects to draw the listener into the unfolding story that the artist is conveying. Hopefully I can layer the music in such a way so that new elements reveal themselves in different surroundings such as headphones or a great stereo system.

Since recorded music tends to be reproduced through two static speakers, my goal is to create three intertwining dimensions to intrigue the listener : Left to Right , Front to Back, and the lowest frequency to the highest frequency within a song. There is also a diagonal comment that I sometimes try to manipulate. 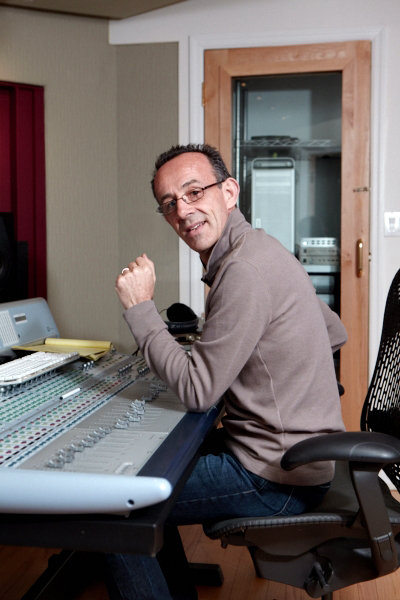 What has been your career path?
I have had part time jobs since I was thirteen, from milk delivery boy, shoe shop assistant, postal worker, construction worker and bus conductor.  My siblings and I always listened to music growing up, everything from Motown to Led Zeppelin. In the 1970’s there was such a good pop music scene in the UK that I became fascinated by the power of a three-minute song. As I finished secondary school I wanted to be either an architect or engineer but ended up studying science in Trinity College, Dublin. It was a big faculty that included some pre med and chemistry students and I got totally turned off when the Dean of the faculty announced in the first month that the only thing that mattered to him was our year-end examination scores. I have always enjoyed learning but this seemed very contrived even to an 18 year old. While I loved the sciences I began to feel misplaced and came to the realization in my second year that I would never work in the science field.

How did you figure out what you wanted to go into the music industry?
So after much soul searching I made a list of all the things I truly loved music and soccer being top of my list. Since I was not going to be signed by my favorite boyhood soccer team, Manchester United, I looked to music. As I read about the process of making albums, I started to imagine that it would suit me. It incorporated engineering and science not to mention a healthy exploration of the creative mind. I literally pulled out the phone book and called every recording studio in Dublin to see if I could land an interview. After a number of unsuccessful episodes, I got an interview with the studio manager of “Lombard Sound”.  Pat Murphy was a curmudgeon with a sweet soul and he did everything to dissuade me from becoming an intern for the summer – lousy pay, lousy hours, terrible food. Once I walked into the control room it was a fait accompli. It looked like the flight deck of the Starship Enterprise with flashing lights and gear everywhere.  Pat hired me for the summer because he liked my father’s jacket that I wore to that interview. My first day working was with house engineer Philip Begley and local producer, Bill Whelan. To hear music coming out of the speakers was just magical and the way in which the music was shaped and performed was just fascinating to me. I was completely hooked.

One of the ironies of all this is that I have big ears, and ever since I was a child I was teased mercilessly about them to the point that my parents actually offered to have them pinned back when I was 12. Because of their shape I hear really well – it is like cupping your hands behind your ears permanently. To discover this world was fantastic for me and I felt at ease in that world. 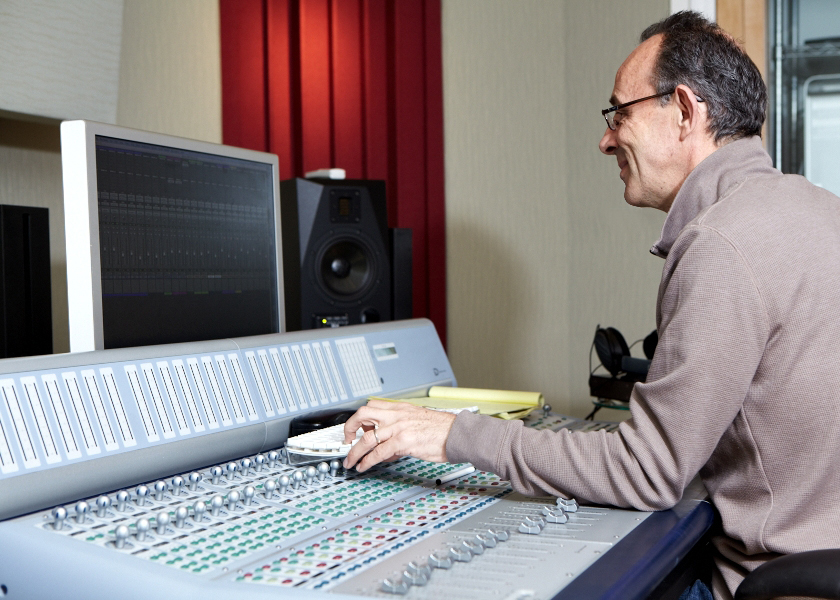 How did you learn to be an Engineer/Producer/Mixer?
I pretty much learned my craft on the job, watching other engineers / producers / mixers apply their skills to different sessions. We were encouraged to ask questions, read the technical manuals and experiment. Once I understood basic signal flow the studio allowed us to bring in young bands to record demos on the graveyard shift. If I was feeling brave I would play those demos for the house engineers to get feedback. Philip Begley was always constructive, and I learned from my mistakes. The studio also had a healthy commercial jingle business, which necessitated a lot of speed and concentration, so that proved to be an invaluable training course. Since there were no computers or automation back then you truly did rely on your ears.

Describe your style.
I tend to view the recording process as a collaborative endeavor. I want everybody to feel comfortable in the studio – supported and free to express themselves in any creative manner they see fit. I am generally easy going but focused on the project. I tend to really immerse myself, and it is not unusual that a strong friendship or bond is formed between everybody. For a lot of artists, making an album is incredibly revealing; and I feel privileged to be part of that. Therefore I am deferential but opinionated at the same time. I encourage humor in the studio, as it is the perfect tonic to a sometimes-stressful moment.

What do you love about the work you do?
I love delivering a project that is beyond the artists expectations and seeing them light up. I love watching creative people figure out a new approach to a problem.  I love hearing the evolution of a song and being part of the process. Ultimately I still love the power of music to transform, elevate and inspire.  It is the universal language that unites and given the world we inhabit, that is a very powerful medium.

How do you define success? What has helped you to become successful?
Exceeding expectations on every project I do. If the project really connects with listeners once it is released, that can be very gratifying.

I try to stay humble and work hard on each project, I know what I bring to each but I do not feel that I know all of the answers. I can draw from my 34 years of experience but as technology changes I feel challenged everyday to produce something that is unique and remarkable in the artist’s mind. I still retain that sense of wonderment about what is possible in the studio and even though it is not brain surgery, I know it can change lives. 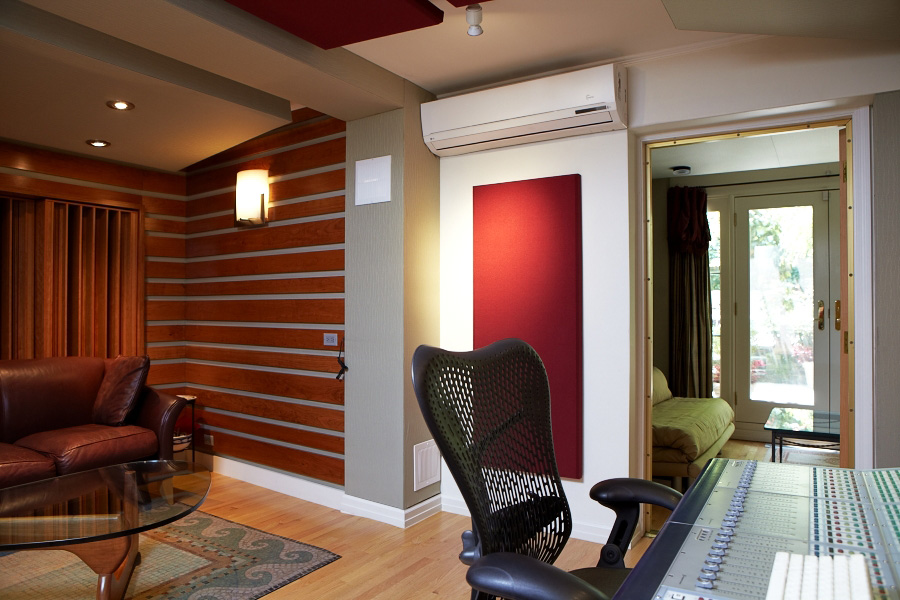 To learn more about Kevin Killen, please go to the following website: