Tell me a little bit about yourself, who you are and where you’re from.
I grew up in New York City and didn’t know anything about cooking. My family was more focused on other arts: my mother was very interested in art, touring museums around the country and the world. My father was a collector of photography and a whole range of things that caught his eye. So I’ve always been tuned into the creative and the visual. Since I was in middle school, I’d wanted to write. I would go to Central Park with a diary and write poems when I was 10 years old. I’ve never lost that desire. So the interest in my current work was born long ago.

Please explain what your job entails as the Editor in Chief of Food & Wine.
I set the editorial direction of the Food & Wine brand in print, online, tablet, books, newsletters, and so on.  In order to make these ideas come to life, I meet with editors on assigning stories, designers on the layouts, consumer marketing on the promotion, ad sales/marketing on the events, the books group on the distribution, the PR team on getting the word out. We have the most extraordinary teams here at American Express Publishing-so creative, engaged, and fun.

What was your most memorable food or wine experience?
The most memorable wine experience was drinking a port from the 1790s at Guy Savoy in Paris. It was a surprise, sent out by the chef at the end of the meal. There was just a drop or two in the glass. But the idea of drinking something that was made during the French Revolution was mind-bending.

How did you get where you are today?
Imagine firemen in a bucket brigade – I’m the bucket, and I’ve been passed from one amazing strong editor to another, until I landed at Food & Wine. A writing professor at Brown University, where I went to college, recommended I speak with one of his former-students who was working at Vogue magazine. It turned out she was about to leave, so I got her job in the features department. The Vogue features editor brought me to House & Garden. The editor in chief of House & Garden went on to become the editor in chief of Travel + Leisure, which is published by American Express Publishing. She helped me find a spot at Food & Wine, which is also owned by AEXP. My career path wasn’t actually as neat as what I just described, but for a super quick synopsis, it’s pretty accurate. 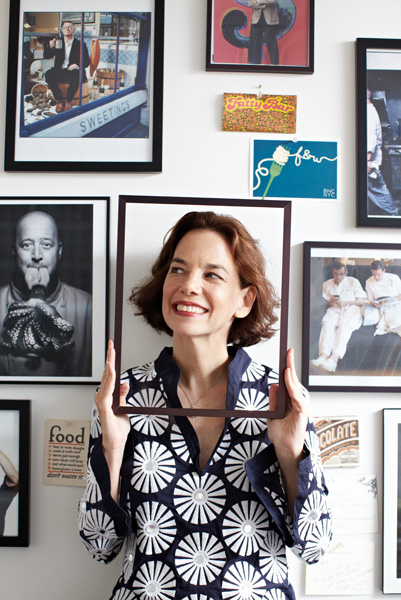 How did you figure out what you wanted to do?
I had a good friend in college who liked to write as much as I did and she’d gotten a magazine internship between freshman and sophomore year. It sounded like a fun thing to do for the summer, so I got my own internship at Savvy Magazine (long departed). I had the best time-it didn’t feel like work at all. So I set my sights on getting a job in magazines after graduation. One irony: the friend got an internship at a magazine that had just launched that year; the magazine was Food & Wine.

What is one of your favorite projects you’ve worked on?
At F&W, we created something called The Plate Project. For our 35th anniversary this year, we asked creative people in many different fields to imagine what would be on our plates 35 years from now. F&W is always looking forward, so this seemed a great match. We sent them paper plates and they sent us back the most spectacular designs from tech whiz David Arnold’s deep fried plate to artist Jono Pandolfi’s plate with ceramic vegetables-some were white (symbolizing neutering through chemicals), some were bright colors (nature prevails!).

I’m also really proud of a feature we did called “Chefs Make Change.” We highlighted extraordinary chefs who have their own charities and are trying to improve the world. In the magazine, we published their recipes, and then online, we linked to their donation pages in an effort to help them raising money for these hunger related causes. Chefs are now considered rock stars, and they’re using that power to address the hunger crisis in the world. I loved being able to bring attention to their causes.

What are you currently working on?
We’re working on so many exciting things! One of them is a project to create a super-sized library of interesting recipes that are modern interpretations of popular ethnic dishes, like Pad Thai.

Describe your style.
I like to be direct and encouraging. I think that my personal style and my professional style are quite similar-what I do is so consuming, that I don’t see much distinction between my so-called private world and my public one. 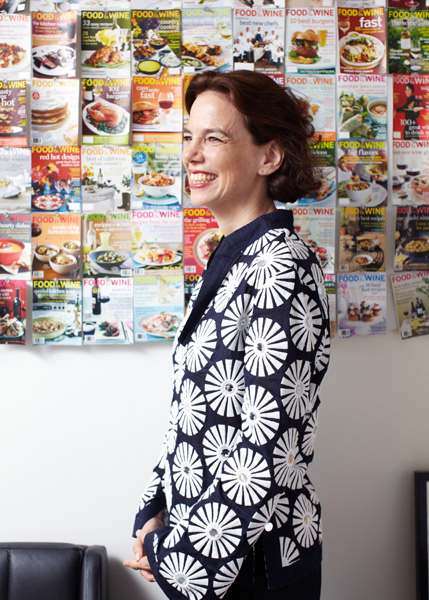 What do you love about the work you do?
The best thing about being the editor of Food & Wine is that I am always looking out for what’s new-new foods, new talent, new columns, new products–and pushing myself and others to conceive of new ways to express new ideas. With this as my mission, life is always rewarding.

Where do you get inspiration?
My staff at F&W are on top of everything that’s going on in our world. Together, we combine their intel and ideas and come up with original content.

Any aspirations?
Right now I’m working on a cookbook called Mastering My Mistakes in the Kitchen. It’s a great excuse to have dinner parties where I test the recipes and also will teach me to be a better cook along the way. Being an excellent cook is a current aspiration.

How do you define success?
Waking up and wanting to do exactly what you’re doing.

Any advice for someone interested in following your chosen path?
Only work for people you respect.

What is the best advice you’ve ever received?
If you’re not in over your head when you start a job, then it isn’t a big enough job.

To check out the latest food and wine stories, recipes and more at Food & Wine, go to  http://www.foodandwine.com