Tell me a little bit about yourself, who you are, and where you are from.
I was born on the Upper West Side of Manhattan and found my way back there, like a salmon, or a sea turtle, or something. It’s always felt like my homeland, though I grew up in the burbs.

Please tell me about the work you do.
I do a lot of things in music and theater. I’ve done I think seven Broadway shows as an actor. I’m a singer-songwriter and pianist, and perform my stuff around town. I do a lot of concert work, in particular a series of shows featuring the music of great singer-songwriters, often with symphony orchestras. I teach voice. Singing, and music, are at the center of pretty much everything I do.

How did you get to where you are today?
Um…groping in the dark? 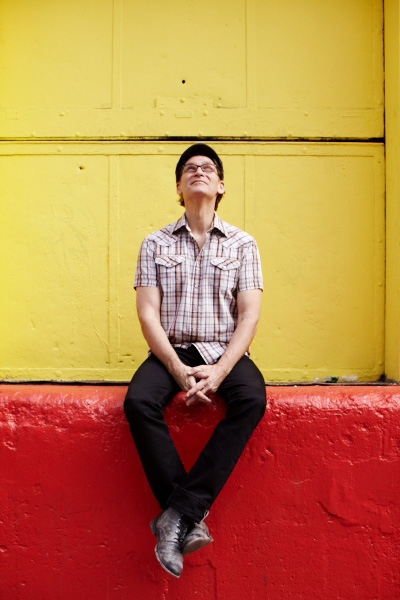 What has been your career path?
I’ve had two tracks, acting and playing music, which seem to have converged at a certain point. I played and sang all over the place while I was pursuing an acting career; at a certain point I started getting roles on and off Broadway that involved playing the piano onstage.

How did you figure out what you wanted to do?  Anything or anyone in particular that influenced your life, therefore gave you direction?
Well, there was always an understanding in my family that I was an artist, and while they would have loved for me to be more practical than I am, my parents always recognized and encouraged my talent. I went to Juilliard as a kid, and I think the best thing I got there, especially from my piano teacher, was affirmation that art really mattered. Beyond that, I noticed starting in sixth grade that people would shut up and listen when I sang—a lesson that is not lost on an 11-year-old.

How did you learn to do what you do?
Well, “what I do” could mean various things. The thing I’m most obsessed with these days is vocal technique—maximum energy flow with the least effort and the most connection to your soul. Not to overstate it, but when you are in that zone, you’re in touch with some kind of higher truth. Paradoxically, it takes a ton of work to persuade yourself to trust the technique you’ve “learned.” A teacher can put you in touch with a truth about technique, but the job of persuading your body to assimilate it falls on your shoulders. So while I’ve had wonderful teachers (Bev Myers, David Bender, Joan Lader), it’s only in the past few years of working on my own that I’ve begun to achieve mastery. The key to that? Learning PATIENCE.
Something that does not come naturally to me.

If you’re talking about acting, I learned pretty much everything I know from Caymichael Patten, a wonderful teacher and coach here in New York. What I learned from her: every word of the text is potentially a clue to the inner life of the character; and every relationship, every concern of that character has a mirror in your own life, and your job is to find it. The difference, when you make that leap from just reporting on the character to expressing something that’s important to you, is simply mind-blowing. 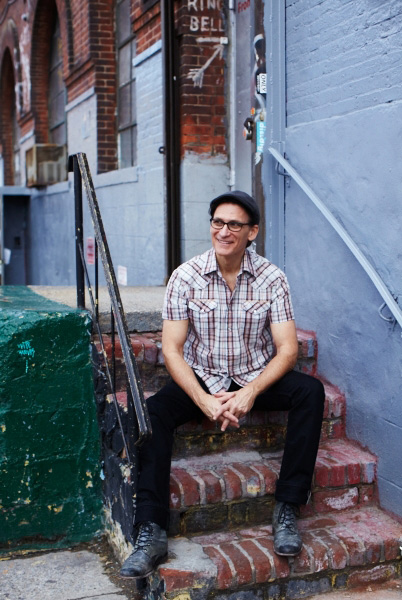 Describe your style.  Is your personal style different from your professional style?
I guess I’d say I’m a curious mix of uptown and downtown. Lately, in theater, I tend to get cast more uptown. ‘Cause I’m, y’know, articulate ‘n shit.

What do you love about the work you do?
The opportunity to move people. And the always astonishing pool of talented, interesting people you get to work with.

Anything unexpected about the work you do?  Maybe something you didn’t know before you started on this path.
I guess it’s that whatever you do, there’s going to be somebody out there who sees it, is affected by it, and remembers it. I mean, that should be obvious, but the truth of it really hits home if you stick around long enough.

Any aspirations?
Well, I’m working on a musical. I have material for a new album. And I’ve begun to teach, which I find incredibly gratifying.

Anything you’d change about your past?
Sure, but I’m not gonna tell you! 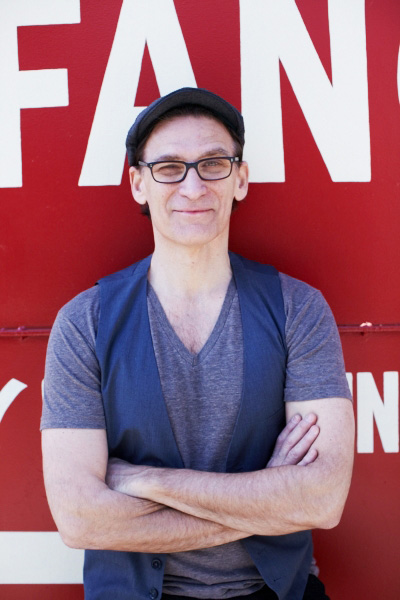 Any interesting stories about the work you’ve done or an experience you’ve had?
I went into Kiss of the Spider Woman on Broadway in the middle of its run, to do an ensemble track and cover the lead role of the window-dresser Molina. All my rehearsal time was taken up with the ensemble track, but I made it my business to learn everything I’d need to know in case I had to go on in the lead. I watched, I memorized, I coached with Cay Patten. And sure enough, three weeks in, I had to go on, without having had one official rehearsal. The house was packed—the Spider Woman was being played by Vanessa Williams, so we had full houses pretty much every night—and I experienced a moment of true panic just before the curtain went up. After that it was like flying. I did what actors are supposed to do—namely, live in the moment as if it were happening for the first time. Because, see, that’s the thing: it actually was. At the curtain call, I got a standing ovation. It was dream-like.

Then the next night I went on again, and oh how I wanted to repeat that experience— which of course means that I didn’t. Instead of simply listening, I was thinking about how it had felt the night before, fighting a feeling of failure because I wasn’t re-creating that high. Still, at the curtain call, I got a surprisingly warm reception, and as I walked backwards from the lip of the stage to my position for Vanessa’s star bow, I thought to myself, “Wow, I guess I did OK after all!” And I was thinking that exact thought as my heel caught on a seam in the stage and I fell, with a fairly impressive thud, directly on my ass, in full white tie and tails, in front of 1,200 people. Now, I’m not sure exactly what the moral of this story is, but I’m pretty sure it’s deep.