Daniel Stedman is the founder of Northside Media Group.  Northside Media Group publishes The L Magazine, Brooklyn Magazine, and BAMbill (the program guides for BAM in Brooklyn). They also own and operate the Northside Festival, SummerScreen in McCarren Park, and a new event that started this fall called Taste Talks.        All photographs © Kristin Gladney.

Tell me a little bit about yourself, who you are, and where you are from.
I grew up in the suburbs of Boston and moved to Brooklyn after college at Bates College in Maine. 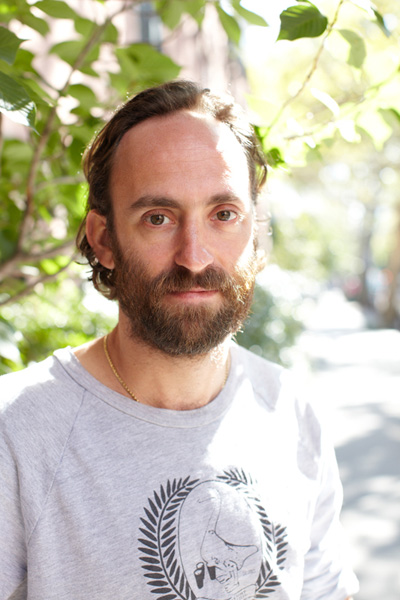 How did you get where you are today?
My brother and I pretty much started the company right after college.   I was making short films, and I had just won a major award at the Berlin Film Festival.  My brother Scott dreamed up the idea for the magazine.  We were doing spaghetti dinners every month with a group of people that he put together in Brooklyn.  I still make short films – I’ve done about nine of them.

How did  you figure out what you wanted to do?
Publishing magazines wasn’t really part of the plan.  I studied physics and also filmmaking.  My biggest inspiration has been working with my brother.  We are both incredibly happy with what this company has brought us.  I’d be really happy if I was working with this company, and these people, for the rest of my life.

Since publishing wasn’t originally part of the plan, how did you learn to do what you do?
All by trial and error.  We’ve been operating outside of the traditional newspaper or magazine model, so we’ve pretty much had to learn to do everything ourselves – it’s taken a long time to get it right. 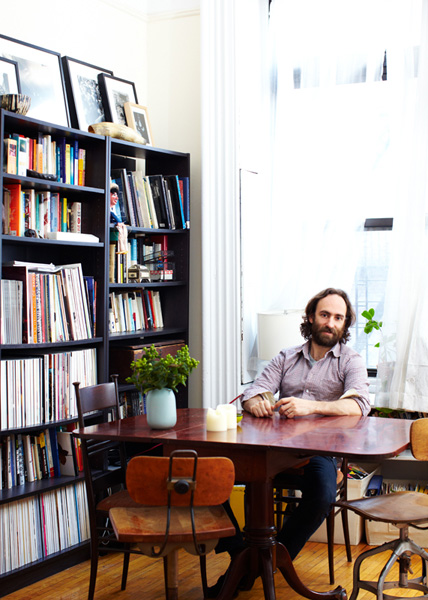 Daniel Stedman at home in Brooklyn.

What do you love about the work you do?
Without question it’s the people I work with.  But, it’s also really rewarding to pick up the magazine each issue, and see the quality of writing.  And I’m really proud that we are still working in print – a medium that has struggled a lot in the past few years.

Anything unexpected about the work you do?
I wouldn’t have expected that we would get to be heavily involved in festivals and events – and as music promoters.

Any interesting stories about the work you’ve done or an experience you’ve had?
There are too many to tell!  We wouldn’t be where we are without a thousand missteps along the way.

How do you define success? What has helped you to become successful?
Personally, I think success is finding professional happiness.  It’s being proud of the work you do, and having integrity in your work.

To learn more about Daniel Stedman and Northside Media Group, please check out www.danielstedman.com and  www.northsidemediagroup.com.