Harrison Winter, photographed in DUMBO, Brooklyn.  One of his favorite projects has been the Newcastle “Cabvertising” online sensation that has over 1 million views on YouTube.

Tell me a little bit about yourself, who you are, and where you are from.
I’m the Founder and CEO of Co.MISSION Content Group.  I live in Brooklyn with my beautiful wife and two dogs; I love French Fries with mayonnaise; one of my favorite things in this world is driving a stick shift; and I’ve probably watched my favorite movie (The Curious Case of Benjamin Button) over 20 times.   I grew up in Knoxville, TN before I moved to Miami when I was 18 and lived there for 10 years before moving to NYC in 2010.  To understand where I am from, it’ll probably help to know that I grew up in an entrepreneurial and creative family.  My mother and stepfather own five used bookstores across the southeast. My father started his own market research company and also created a well-known TV news program for middle and high school students that gave Anderson Cooper and Lisa Ling their starts. My stepmother is a talented photographer and my older sister is a music producer here in NYC.

How do you describe yourself as a creative and the kind of work you do?
I’m an entrepreneur and content creator.  What that means specifically is that I spend my time building my company and directing / writing / shooting / producing online videos for brands.  Most of the work I do has the goal of creating things that people will enjoy and choose to watch and share. I also create short films as personal projects and just love bringing stories to life in video whenever I possibly can. 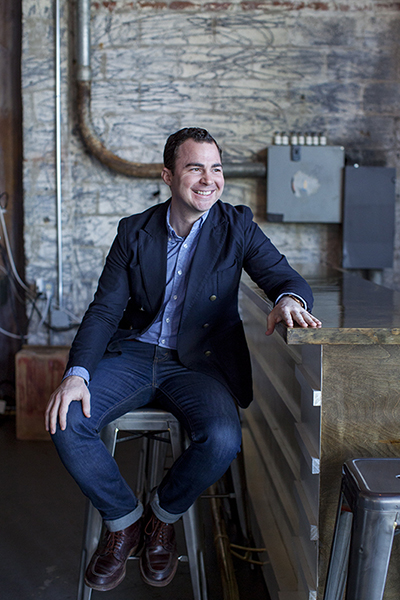 Tell me about Co.MISSION and what sets you apart?
I refer to Co.MISSION as a global branded content studio.  What that means is that we focus on helping brands and advertising agencies to create engaging video and photography around the world. The things we create are more storytelling based and often longer form, with the intent of winning the hearts and minds of customers.  What sets us apart is our network of 500+ content creators spread across 150+ countries and our ability to turn around high quality work faster and more cost efficient than anyone else we know.  Since founding the company in 2012, we’ve created work for major agencies and brands like Hyatt, AFAR, Toshiba and Newcastle beer in North and South America, Europe, Africa, the Middle East and Asia.

What is your vision for founding Co.MISSION?
My vision for the company is based on the world I see 5 and 10 years from now.  I believe social media and technology have forever changed what it will mean to build and maintain a brand.  And it’s not about viral one-off hits.  As time marches forward, I think forceful advertising, slick taglines and 30 second TV spots will continue to become less and less effective as people remain in control of being able to avoid advertising.  Whether that’s hitting X on your computer screen, picking up your smartphone to entertain yourself during a TV commercial break or skipping the advertisements with On Demand / pre-recording.  My vision for the company is to help our clients win in this new world, by connecting with their customers around the world and building better relationships with them through content that tells stories. 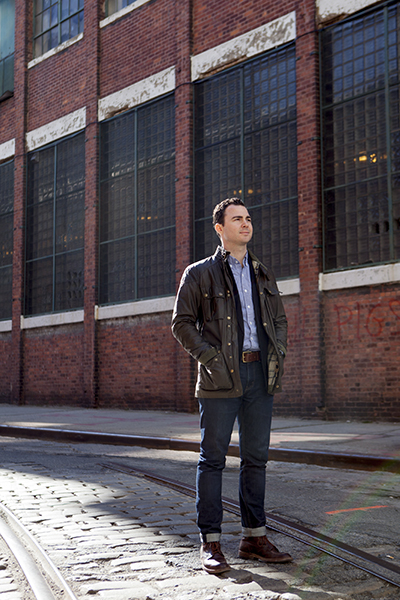 How did you get to where you are today? What has been your career path?
I began my career with a series of marketing and advertising internships in the US and London, after which I worked on the Burger King brand for five years at the company’s headquarters and at their lead advertising agency when it was handled by Crispin Porter + Bogusky.  If you remember the edgy Burger King commercials that had the King with the plastic head, I worked on all of those and helped develop / launch new products for the brand around the world.  After that I helped run the Marriott International account for a couple of years at an agency in NYC named mcgarrybowen.  Up until that point in my career, I was very business and marketing focused, it wasn’t until three years ago that I made the switch into a more creative role, when I began directing / writing / shooting / producing and opened up Co.MISSION in 2012.  I began with personal projects, those then evolved into client projects and then the client projects kept getting bigger and bigger in scale.

What is one of your favorite projects you’ve worked on and why?
Newcastle “Cabvertising” is one of my favorites.  It was a thirteen camera shoot and was just a pretty insane project to direct and produce, given that it was a completely uncontrolled environment on the streets of LA and everything was being shot inside and around two moving cars (old school British cabs with giant megaphones on top).  To this day, it’s one of the most intense experiences I’ve had professionally and the rush from it was addicting.  It was a big hilarious success, got over a million views on YouTube and was recently short-listed as a finalist in two categories at the 2014 One Show. 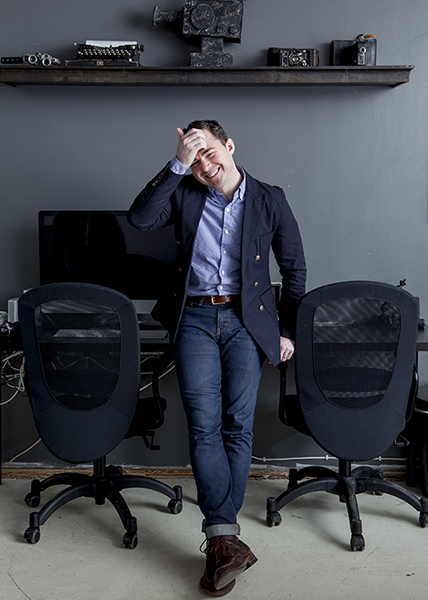 What is your creative process for conceptualizing and starting to work on a new project?
It usually works like a funnel, in the sense that I start by consuming a lot of research and inspiration online to get input.  Sometimes that flows into ideas quickly and other times I have to walk away from it for a while to let the ideas naturally come to the surface at their own pace.  I also believe that creativity benefits a lot from collaboration, so a big part of the process is then getting in the same room or on Skype with my team and bouncing our ideas / opinions off of each other to arrive at the best ideas.

Where do you find inspiration?
In the years before I started my own company, I also spent a lot of time reading and watching biographies of present day and historical innovators / leaders.  That process gave me a lot of inspiration and helped me better understand what the process really looks like for successful people.  I noticed that there was a consistent pattern: everyone I read about went through years of dedication and challenges before they really became successful.  People like Augustus and Marcus Aurelius from ancient Rome, Steve Jobs, Thomas Edison and the Roeblings who built the Brooklyn Bridge.  All of the above give me inspiration during both the ups and downs. 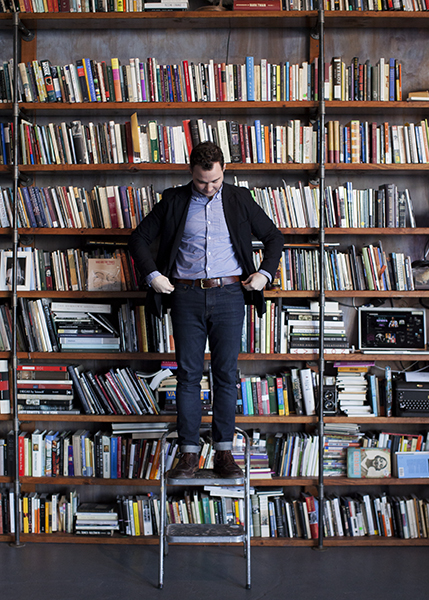 What are you currently working on?
We’re now finishing a series of videos for our client Hyatt that we shot in Paris, Hong Kong and Mumbai.  We’ve also been taking on a lot of projects helping agencies bring their creative ideas to life for some of their biggest clients. We are also currently bidding on a number of really big projects for global brands that we are very excited about. There’s a lot of big opportunities on the horizon.