Please tell me about yourself and where you’re from.
I am very proudly from Pittsburgh, but have been living in New York for eight years (I can’t believe it’s been eight years already!). I live with my boyfriend, and our rescued animals in the Windsor Terrace/Park Slope neighborhood of Brooklyn.  My mom is Japanese.  I went to kindergarten in Japan.  Being Japanese, even if it’s just a little bit, is an important part of who I am.  I think it gives me a certain sensibility and approach to life that is balanced.

I’m kind of all over the place in the way of interests.  I consider myself to be a nerd – I LOVE Star Trek: The Next Generation.   I am also deeply devoted to the Steelers.  I watch every game during the season.  Everyone knows that I’m not available on Sundays! I love to garden. Even though I don’t have a yard, I try and grow things on my fire escape.   We have plants in every room.

Sharing food and wine with friends is one of my favorite things to do, especially if it takes place outside.

I’m a bit of a homebody at times and can usually be found hanging out with my animals and my couch.

Tell me about your day job.
I am a Senior Design Technologist, also known as a Front End Developer, at the Wall Street Journal.  I work on the WSJ and Barron’s iPad and iPhone apps. In addition to being a developer, and why “design” is included in my title, is that I am given the agency to make design decisions and be part of the creative process.

What has been your career path that led you to become a Front End Developer for the Wall Street Journal?
I have always been interested in computers, but when I was applying to college, it didn’t occur to me that it could be a career path. I ended up going to a small liberal arts college and studying Classics – so basically, it was the opposite of technology.  During school, I made a few basic websites, and I enjoyed making them.

After I moved to  New York, I had a variety of random jobs.  Then a friend of mine started a company called Greentech Media.  He hired me to be a jack of all trades.  I did everything from working as the office manager to being the events coordinator.  While we were getting ready to launch the site, the developer we had contracted disappeared and our in-house developer asked if I knew how to code.  I was basically thrown into the job.  Our developer, who was a high school friend of mine, saw that I really enjoyed it and decided to teach me.  After a about a year, I became second in command of the website.  When he left, I took over as the Web Production Manager.  It was a really great learning experience.  After 3+ years at GTM, I moved on to the WSJ and have been there since 2010. 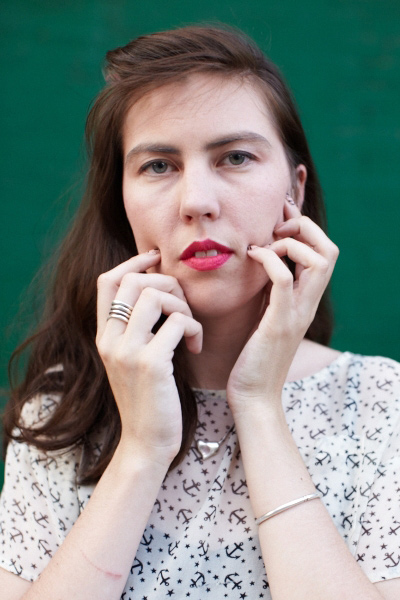 When did you discover nail art as a creative medium?
I’ve been painting my nails as long as I can remember (recently found a photo of me at age 5 with bright red nails). It’s been a big thing in Japan for years and they always had a lot more crazy colors and gem stones and other things, so every time I would go to visit my grandparents, I’d bring home a lot of stuff.

I really got in to nail art about two years ago when it became very popular, which meant that crazy colors, decals, stamps, nail brushes, etc. became readily accessible and a lot cheaper.  At first it was just something to pass the time, but I wasn’t half bad at it and it was super fun.  Pretty soon friends were asking me to do their nails all the time.  I have a couple co-workers who ask to see my nails every week (I even did a friend’s nails in the bathroom at work on a slow day).

How did you learn to be a nail artist?
It’s hard to say how I learned exactly.  I’m really terrible at drawing, but for some reason, I am pretty capable at painting little tiny things on my nails! Most of the time, if I see a design, I just give it a try and see how it goes. I’ve also watched a bunch of tutorials on YouTube for various techniques like water marbling. The hardest part was definitely learning how to paint my right hand.

What other creative activities do you do on the side?
I do a fair amount of freelance web development. I do both the designing and building of sites. It’s a great way for me to keep up with my development skills and try out new technologies. It’s also really fun because I get to work on different projects, instead of working on the same website or app all the time.

Martha Stewart is my hero.  I can’t wait to have a house to decorate.  My future house will have a craft room and a huge kitchen. My boyfriend used to be a chef and we love cooking together – especially if we are having people over.  We’ve done a big Christmas dinner for the past 2 years.  I love holidays because it combines decorating, crafting and cooking!

Please describe how your creative brain works.
I am a bit OCD, and I really like to just get things done.  I am a constant list maker. Sometimes, that can get in the way of the creative process because I’d just like to be done with what I am working on.

What is your dream project?
I would love to design my own nail polish line. 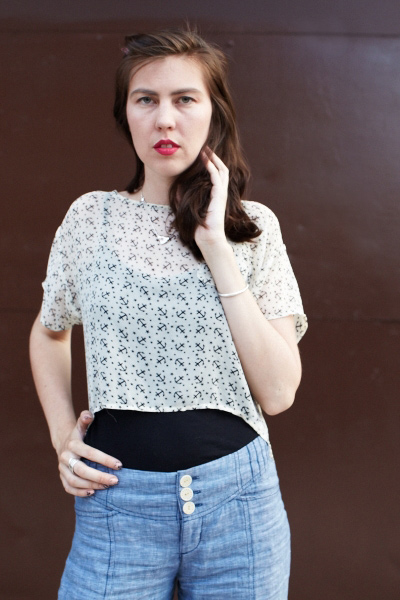