Greg Smith | Chief Creative Officer at The VIA Agency in Portland, Maine

Tell me a little bit about yourself, who you are, and where you are from.

I’m a 47-year-old guy, living in Maine with my wife of 20 years and two boys, 17 and 15 years of age. It doesn’t sound sexy, and it’s not. But it’s interesting as hell. The crazy thing is that I am not a nature lover. I like cities. I’m up here in Maine with a fear of squirrels, anything that flies, let alone bears and coyotes of which we have a bunch. But I love it. 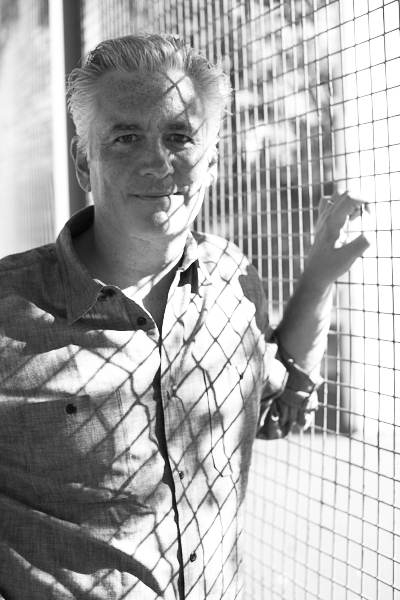 As the Chief Creative Officer at the VIA Agency, please explain what your job entails.
I have the best job in the world in that I have 35+ creative people to teach and direct, but also from which to learn, and be inspired.

How do you describe your self as a creative and the kind of work you do?
I think being a creative in advertising is decidedly different than many other forms of creativity.  It’s at the intersection of business and art. It’s fast, it’s mad, it’s at once glorious and awful. The fact is that the intersection I just mentioned sounds great and it can be. But it’s like Times Square. Sometimes it seems stunning, and sometimes it seems like a pain in the ass.

Are you working on anything else creative outside of your work at the VIA agency?
No. Not currently. But I have in the past. My first great creative friend, Ron Clayton (who is still at VIA), and I discovered and developed Ray LaMontaigne, who has gone on to be a Gold selling, Grammy nominated artist.

I’ve also done a ton of work with young people on the essence and power of creativity.

How did you figure out what you wanted to do?  Did anything thing or anyone in particular have an influence on your life that gave you direction?
I never think about figuring what I want to do. But I knew I would pursue a creative life upon hearing “Jungleland” by Bruce Springsteen on WNEW NY at 6 AM in the morning on a summer day. Even though I hated Bruce Springsteen like the plague at the time. 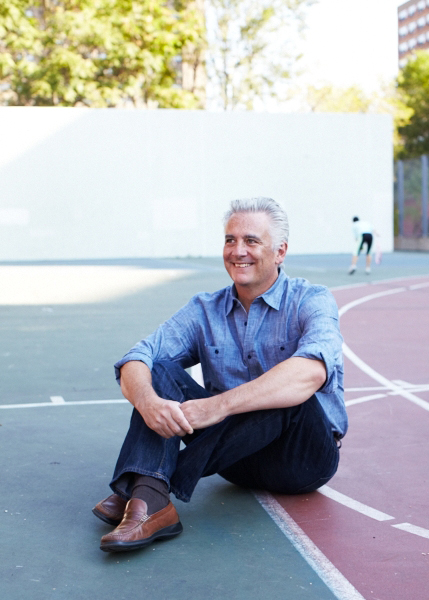 What was your career path that led you to where you are today at the VIA Agency?
Oh my God. I offer this up as a simple story as evidence to the fact you can find your way almost seemingly by accident.

So I’m 23 years old, two years out of Columbia, doing the starving artist route in NYC. Making short films, acting in indies (when lucky), optioning awful screenplays for $2,000. All the while, I’m living in this shit-hole commercial space at the end of the Lower East Side – 17 Ludlow. You had to be there. It’s not like today. There were seven of us building stalls in which we could live and hope we could live another day just to pursue our dreams.

And then I get this call. From a friend who had been suffering just like me: to eke out 5k for the next six months. A guy who was trying to make feature films for 38 THOUSAND DOLLARS.

And here’s what he said on the call:

“Come up to The Palm for dinner?”

And here’s how the conversation goes:

“Dude. I can’t afford dinner at The Palm; let alone the cab ride up there.”

And so I do. I get up there. I meet him at The Palm, and this broke ass mother****er pays for my ride and my dinner.

So I ask him, “Where have you been? You’ve been gone for four weeks, and here you are pimping at The Palm.”

And this dude smiles and says, “Dude I just did a TV commercial in two weeks, and we got paid three quarters of a million dollars.”

I almost puked. The rest is history.

Greg Smith standing outside the apartment where he used to live on 17 Ludlow Street in NYC.

How did you learn to do what you do as a creative?
School – Columbia
School of Hard Knocks – Auditions, Producer Meetings, Clients

What are you currently working on?
Being a better creative, a better parent, and a better person.

Describe your style.  Is your personal style different from your professional style?
No. There is no distinction for me. How I work is how I live.

What do you love about the work you do?
Everything. The people. The ideas. The autonomy.  The fact that I’m so blessed. 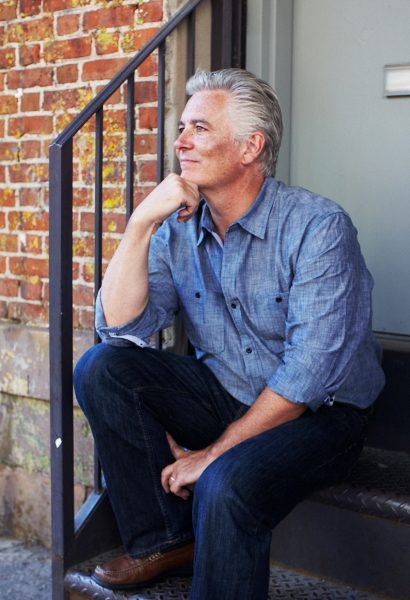 To learn more about Greg and check out his work at the VIA Agency, go to http://www.theviaagency.com/