David Slayden |Executive Director and Founder of BDW in Boulder

BDW is a postdigital studio within the ATLAS Institute and College of Engineering at the University of Colorado Boulder.  It is not a traditional graduate school.  Students work on real projects for real clients while learning from top industry creative professionals.

Tell me a little bit about yourself, who you are, and where you are from.
I’m from St. Louis. I left at 17. I was a working musician and there were limited opportunities in St. Louis for musicians. So I headed out to the West Coast.

How do you describe yourself as a creative and the kind of work you do?
While I’ve traveled to and lived in a number of places around the world, I think I fundamentally retain a grounded Midwestern mindset––one aspect of which is that you don’t really want to talk about yourself. Consequently, talking about myself as a “creative” feels really over the top. Also, there’s this lingering bias I have that real work is physical labor. I’ve basically played my entire life and gotten paid for it.

As the Founder and Executive Director of BDW what does your job entail?
BDW has accrued a large network of geographically distributed and diverse talent––a collective of exceptional people. I try to keep it interesting, for myself as much as them. I ask questions. And these tend to fall into the standard innovators’ cycle of “Why?” “What if?” and “How?”

Things keep moving forward at BDW in a smart and wondrous way. 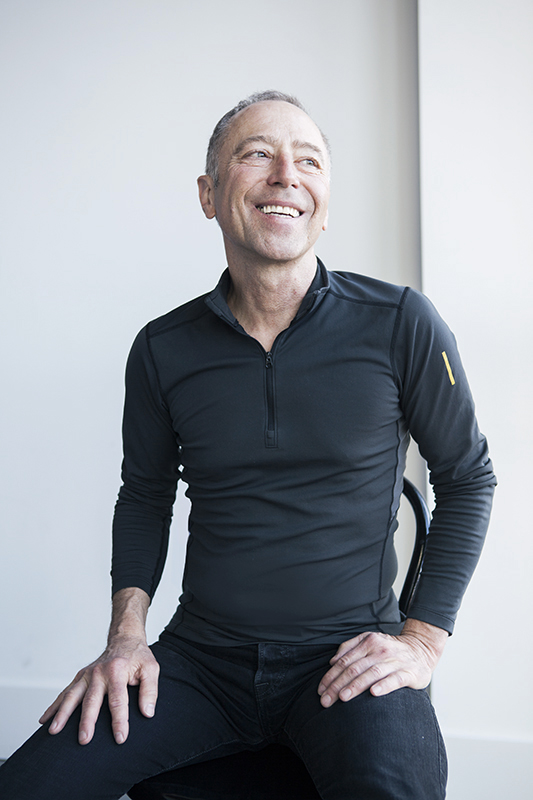 Please describe the creative mission of BDW and your vision for founding this graduate school.
I have a profound respect for learning. People are learning machines but there is very little opportunity for most people to learn, to really question, grow and develop in their daily lives. Learning is the ultimate creative act. As I’ve said in many contexts, a creative culture is a learning culture, but there are few places with a culture that encourages real learning––exploration, questioning, and experimentation. Education is unfortunately often the opposite of learning, and that needs to change. Think of the teachers you’ve had who really inspired you and pointed you toward ideas and the opportunities resident in those ideas. It’s a short list. Education is too often about being correct, and getting the right answer to all of the old questions. We need to chase new and beautiful questions to be alive. Learning comes from questioning.

So we created BDW with the anthem of “Start Here. Change. Everything.” And we have now added to that, saying that we re-think the present to design for the future. We develop people and projects to make that happen. We are always changing and evolving.

How did you get to where you are today? What has been your career path?
It’s hardly been a path. I’ve always been project oriented, so my life has been a series of endeavors not an orderly series of planned milestones leading to a single goal. I’m not defiant about this or derisive about people who have careers— Not at all. I’m simply not capable of thinking and acting in career terms.

Has anyone influenced your life, therefore given you direction, or helped steer you along on your professional path?
So many people have helped me in a variety of ways, and I can’t possibly thank them all enough. My father died when I was quite young and my mother and grandmother picked it up from there. They were really tough and playful at the same time, demanding that I do my best and laughing at me when I failed, which kept me from taking myself too seriously, which is a tedious quality to have. So I learned from them to be fearless, have fun, and measure success based on my effort and integrity and not merely outcome.

Ken Nordine, who I once worked on a several month long project with, but probably wouldn’t even remember me, had tremendous impact on me as well. Ken had this way of just saying stuff out of the blue that was profound and well timed. And, of course, he had his amazing voice. In the middle of a long, intense editing session, he looked me right in the eyes and said, “Remember. You should always be in love.” 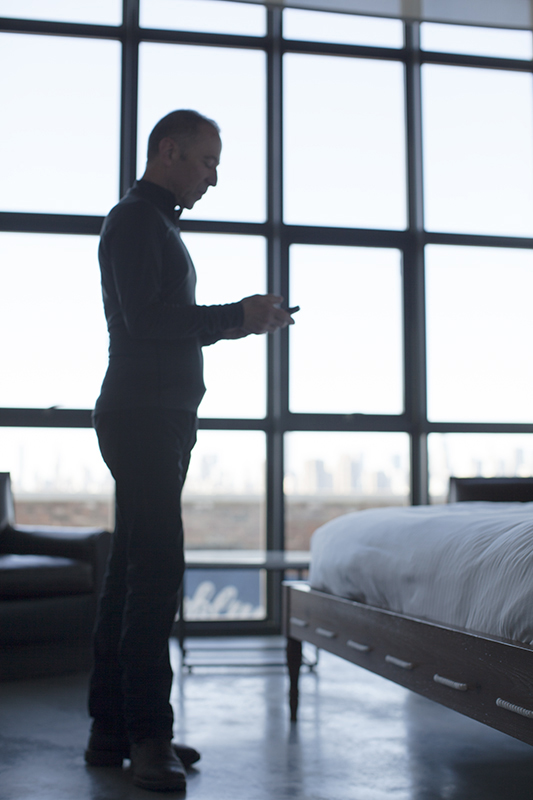 What are you currently working on?
We are launching a new design innovation studio that is entirely project based. It is called BakeShop and it is chewing up about 80% of my time currently.

When do the best ideas come to you?
Definitely in the morning for writing, which is how I develop ideas. I have no idea what I really think about something, about anything, until I write about it. Editing comes when I am on my bicycle. A three to four hour ride is a great way to evolve and trim your ideas. I also have a rush of ideas when I get back from travel. Mark Twain said that travel is hazardous to small minds. It shakes you out of your routines, your assumptions about every day.

What is your creative process for conceptualizing and starting to work on a new project?
I have a portfolio sized pad and two large tables placed end to end in my studio. I stand up. I have several  Faber Castell writing implements and I write and draw out ideas on the pad, showing the relationship of the ideas spatially. I’ve always been described by people who have worked with me as a writer who thinks visually. Don’t ask me to explain that.

Is there something you’ve always wanted to do or someone you’ve wanted to collaborate with?
I’m really taken with the possibilities of using tech to bridge physical and digital environments to create immersive experiences. In that vein, I think we have barely begun to tap the potential of wearables. I’m super-impressed by NYC-based, Framestore and would love to work with them on all of the above.

I’m also an admirer of the Wu-Tang Clan, both their work and their approach to work and life.

How do you define success? What has helped you to become successful?
Funny question for me because I feel always like I am still starting to learn what I’m supposed to be doing. I’m not a collector of items or experiences. I live mostly in the now.

What is the best advice you’ve ever received in general, or about how to be more creative?
From Ken Nordine, about always being in love with life. And that transfers into your work, your approach to everything, the clarity of your vision and the integrity of your intent.

To learn more about BDW and David Slayden, please check out http://bdw.colorado.edu/  and davidslayden.com.